Petrushka and The Two Pigeons

Petrushka
The Shrovetide fair comes to a Russian village. A puppet show is one of the main attractions. There are three puppets: a rag doll called Petrushka, a ballerina doll and a soldier doll. Petrushka is infatuated by the ballerina. However, the soldier sets his sights on the ballerina too. The ballerina returns the affections of her dashing admirer, much to the disappointment of Petrushka. After much flirtation and dancing, the love triangle reaches a climax when Petrushka challenges the soldier for the love of the ballerina. The confrontation results in the soldier stabbing Petrushka and winning the heart of the ballerina.

The Two Pigeons
This is the story of a young artist who, despite being in love with a young woman, becomes infatuated with a mysterious gypsy queen. He leaves his love broken hearted only for the gypsy queen and her band of gypsies to turn on him, beat him and leave him for dead. Luckily his young lady forgives him and accepts him back, they get married and live happily ever after. The ballet is called The Two Pigeons because, although one of them flies away, he returns to his first love, as pigeons do! 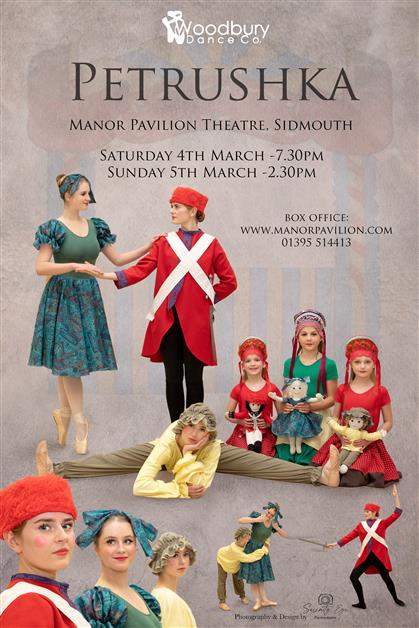